Using a Tactical Flashlight as a Self-Defense Tool

The world has not been this polarized since the 1980s. Today, any sense of accommodation and camaraderie is a distant memory. You either agree with someone or you’re the moral equivalent of Hitler. Combine that with economic turmoil caused by lockdowns, widespread rioting, police departments being gutted by defunding, and vaccine mandates and things are tense to say the least.

In such an environment the average person needs a dependable way to defend themselves if they are beset in a dark parking garage or if they get caught in the middle of a looting mob (1) emboldened by the adoption of no-bail systems in various states (2). Enter the tactical flashlight.

Why use a tactical flashlight for self-defense

Here are 9 reasons why tactical flashlights are the ideal self-defense too.

1: They’re legal – It’s not legal to carry a sidearm everywhere, and if your knife is 1/2 an inch too long you could get in big trouble (3). But there are no restrictions on the tactical flashlight. It’s fully legal in all 50 states.

2: They’re durable – Tactical flashlights are not plastic cannons full of D batteries that are going to break if you drop them. Most are fashioned from aircraft grade aluminum.

4: They’re discreet – If you have a tactical flashlight clipped to your belt it’s not going to trigger any defensive reactions, or cause security to pull you aside. (Unless you enter a store where they sell tactical flashlights.)

5: They’re effective – Ever been hit on the face or in the throat with the scalloped strike bezel of a tactical flashlight? If you have I guarantee it’s not something you will ever forget or ever want to repeat.

6: They provide multiple defense options – You can strike an attacking weasel with the bezel of the flashlight, or blind them with the powerful beam. If you enter a darkened area you can deter an assault by firing up your tactical flashlight and keeping it on until you’re in a better lit area.

7: They’re easy to use – You don’t need to be a self-defense guru to use a tactical flashlight. There are a few simple things to keep in mind to make sure you deploy them effectively (4), but in most cases it’s grab and swing.

8: They’re affordable – You can get a tactical flashlight for 20 bucks that will be plenty tough enough to effectively ward off an attacker. Sure, some of the high end ones that pump out 10,000 lumens get pretty expensive. But you don’t need 10,000 lumens to crush someone’s cheek.

9: They’re light – Old fashioned flashlights were big and clumsy and heavy. Tactical flashlights can be easily clipped to your belt or pants pocket without pulling your pants down while you walk.

The importance of practice

You don’t need to sign up for classes to learn how to use a tactical flashlight for self-defense. It’s a simple tool that can be used to deter an attack (by keeping it on in dark areas), blind an attacker, or, if need be, disable an attacker.

That said, you will be doing yourself an enormous favor if you practice the right way to deploy the flashlight in an assault situation. Here are a few tips that will help you avoid making common mistakes. If the tactical flashlight is not easily accessible in an emergency then it won’t do much good. Therefore, always make sure you carry it in a way that enables you to deploy it quickly. That means you shouldn’t:

A) Put it in your briefcase, purse or backpack
B) Stuff it down into a tight pocket and
C) Carry it buried in one of the inside pockets of your coat or jacket.

Instead carry it clipped inside a loose pocket of your pants or skirt, or get a holster and carry it on your belt. Just carrying it properly isn’t enough though. You’ll need to practice reaching for it and getting it ready to rock.

Researchers disagree on how many reps it takes to build muscle memory (5), but it’s a lot. Several thousand at least. So any chance you get you should practice grabbing the tactical flashlight off your belt or pocket using the correct hold and getting it ready to use.

Ideally, it shouldn’t take more than a second or two from the time you start the motion.

When you grab your tactical flashlight from your pocket or belt for the purposes of self-defense the light should be pointing down with your thumb over the butt of the flashlight where the on/off switch is. This is called a “reverse grip” or “hammer grip” depending on who’s talking and it will enable you to get the full force of a swing behind the flashlight in order to inflict maximum damage to your assailant. So when you practice deploying the flashlight, make sure you practice grabbing it the right way. Seconds count when you are under attack. You don’t want to waste time trying to switch from a passive “forward” grip to the defensive “reverse” grip.

The following video provides some useful tips on making effective hammer strikes, especially if you wind up wrestling with the attacking weasel.

Tip 3: Practice striking with your flashlight

So hang something from the ceiling at head height and practice swinging the tactical flashlight into it. Do this as often as you can to perfect the motion. Using the reverse grip the motion will be roughly akin to throwing a baseball either using an overhead or a sidearm motion.

To really get the most out of your sessions, practice the entire self-defense motion: grabbing the flashlight from your pocket or belt using the proper grip, then swinging it into the head of the imaginary assailant.

In case you’re interested the following video provides a clever way to create a punching bag you can use to practice on.

Hunters and outdoor enthusiasts are no strangers to unexpected encounters with wildlife. While most of these encounters are simply a passing glance in one another’s direction, there’s always the possibility of startling an animal that Read more… Tactical pants are designed as heavy-duty everyday wear for many professions, including EMTs, FBI and SWAT agents, law enforcement and military officers, and firefighters. They are made to withstand tough environmental conditions and protect the Read more… 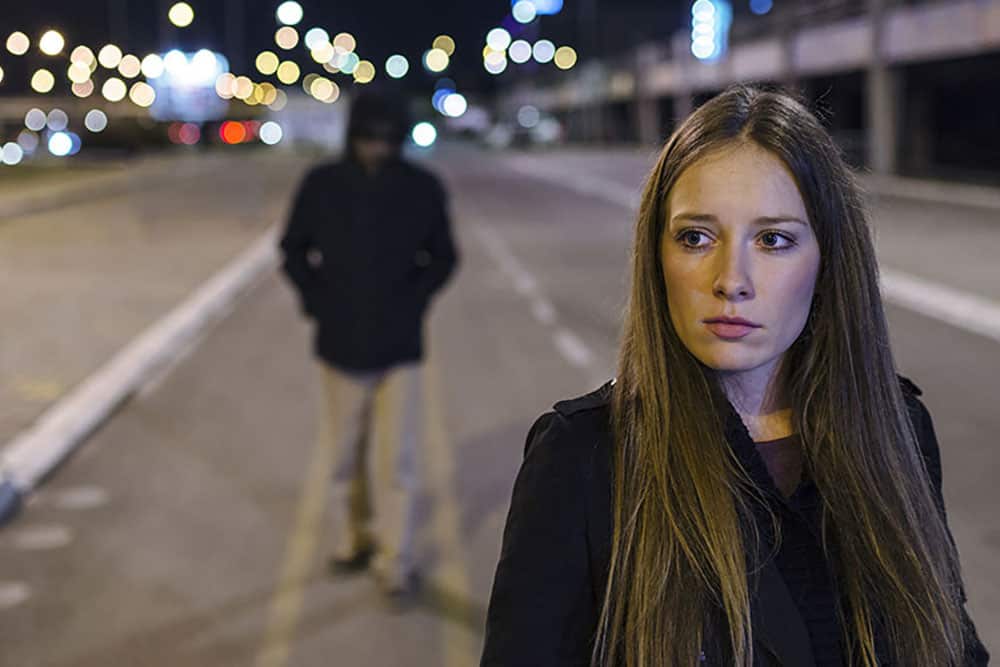 An expandable baton is a compact, telescoping pole that can be deployed in seconds in order to help you deter an adversary. When closed the expandable baton can be concealed by clipping it to your Read more…